At less than 3% of the cost of a new seismic shoot, seismic infills is an application of FTG where its value will truly shine.

We have a team of experts both inhouse and as third party partners who will take care of interpreting the data and delivering results which will maximise end value. 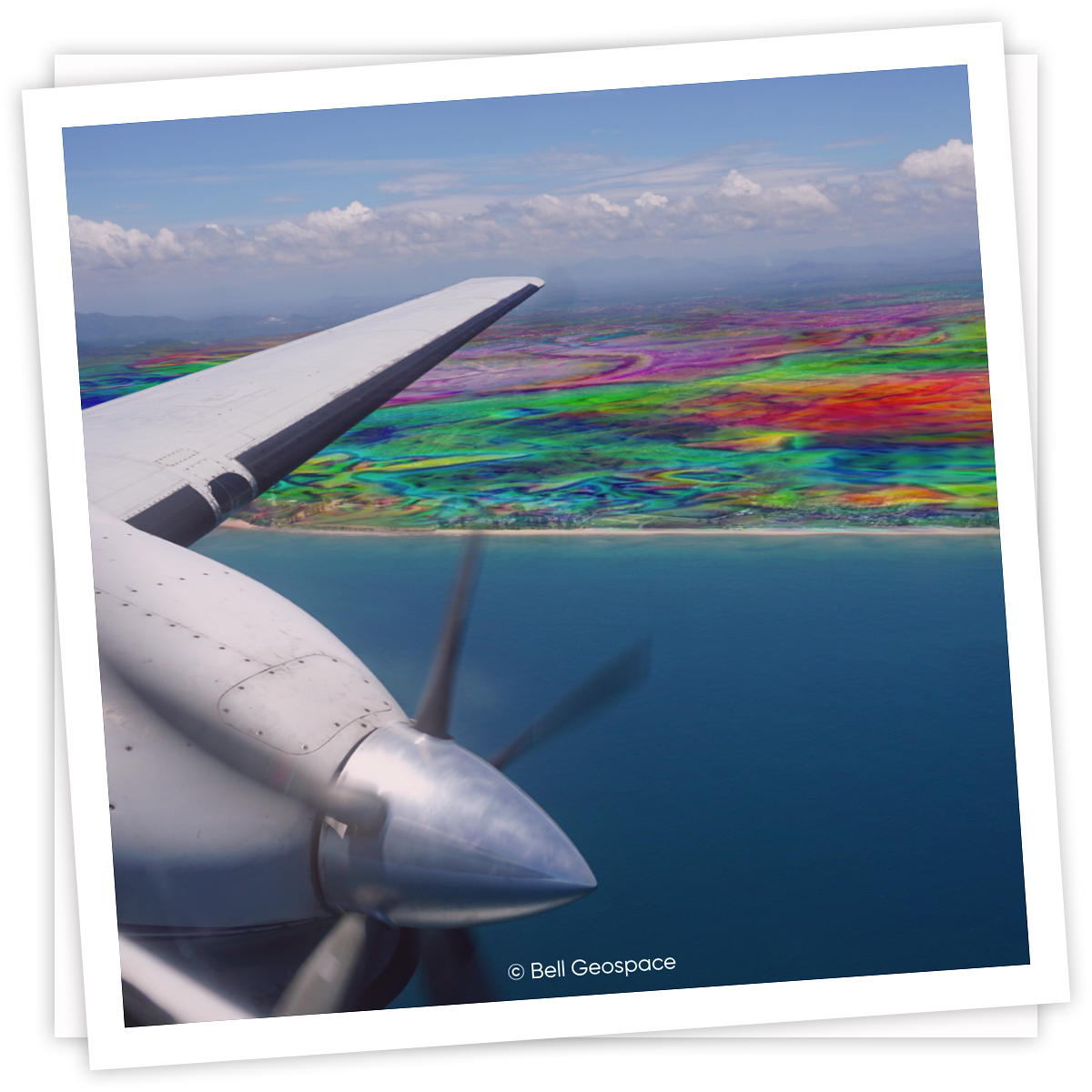 How FTG Can Rejuvenate Old Seismic

The industry requires high quality data to make informed decisions for exploration and drilling. In recent years gravity technology has become an increasingly reliable option. If you are looking for the latest innovations in gravity gradiometry, the Full Tensor Gravity Gradiometry, or FTG, offered at Bell Geospace can offer the high quality data that you need to make informed decisions about prospective ground. Today, we’ll be discussing how FTG technology has the power to improve your old seismic. By incorporating older seismic with your data acquisition, you have the potential to save money and time, while still getting the results you need.

Full Tensor Gradiometry, or FTG, is technology that measures the rate of change of gravity in all directions of the field, as caused by geological factors. Using density contrasts obtained from stratigraphic and structural changes, it then maps contact information.

Because it maps out all components of the gravity field, FTG data can be used to create high quality geological imaging, which can facilitate informed decision making when working with new ground.

One of the prime uses for FTG technology is that it can be used to rejuvenate old seismic or poor quality seismic. This function of FTG has become especially important in recent years. In fact in the downturn of 2011, an Operator reported that instead of starting from scratch and shooting three dimensional seismic, they took their old two dimensional data set and flew some new FTG. They managed to get incredible results, while spending only around 3% of the cost.

Seismic Infills - an application in which FTG will shine

A very common application over the years has been to use FTG to interpolate and correlate the fault systems shown on 2D seismic. Seismic data will reveal fault systems but connecting faults from seismic line to seismic line can be a bit of guess work. Particularly if there is wide gaps between the seismic.

Case Study: Salt in the Gulf of Mexico

Traditionally, building a salt model can take many months. With FTG data, it’s possible to create a three dimensional salt model in just a few weeks. This model allows you to capture both the top autochthonous and base allochthonous salt.

Multiple scenarios can be run and legacy seismic can constrain the models and find the shoulder or flank of the salt instead of risking drilling into deep salt on the back of poor seismic reflectors. Understanding the extremities of the salt using FTG is fast, inexpensive, and easy.

Get with our team and we will show you the several models used as constraints for the inversion process, created from the combined FTG and seismic data.

This process can be done regionally over an entire basin or more detailed models can be built using a dedicated high-resolution airborne survey. In fact, in this case, the data was marine multi-client FTG, that we had previously acquired and were ready to use.

Let’s discuss a case study to demonstrate this concept in action. In this specific example, two companies had seismic over the same area of salt in the Gulf of Mexico.

The bottom of the allochthonous salt body was clearly depicted on one section of the seismic, but could not be clearly determined in other sections. This older seismic was therefore problematic for the two companies.

One company drilled through their salt where there was a clear end. The second company decided to use the seismic to make an informed guess about where the salt bottom might be. Unfortunately, their guesswork didn’t pay off — the second company never made it out of the salt while the first did.

The second company then combined their older seismic with our FTG over the area.

Via interpretations and inversions, FTG data was used, by Flat Irons Geophysics, to make the model to show them that the two salt bodies were connected. With their new model, they could clearly see that they’d chosen the wrong area to drill into.

As you will see, if the second company has used FTG data in combination with their old seismic before they began drilling, they could have saved themselves a lot of time, energy, and money!

Remember, three dimensional volumes are possible with FTG Data. Deliverables do not have to just be in 2D. We have a whole team of interpreters both in house, and in our extensive network who can carry out 3D quantitative projects.

FTG results can be used in decision making for drilling. In certain scenarios, like the one discussed above, it is even possible to use FTG to influence the final drilling decisions.

Discover more about FTG at Bell Geospace, or request a virtual meeting today to learn more.

Optimize budgets in these uncertain times