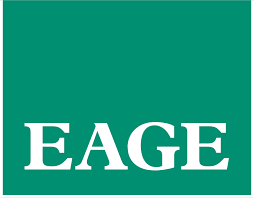 The Lotikipi Basin in NW Kenya resides at the intersection of the Central African Rift and East African Rift systems. Sub-surface data acquired by Amoco Kenya Petroleum Company in the 1980’s, as well as bouguer gravity data, indicate the existence of two deep-buried, elongate half-graben sedimentary basins, the Lotikipi and Gatome basins.

The structure of the Lotikipi basin is interpreted either as a rift basin, or a thermal sag basin largely infilled by Neogene age ‘Turkana Volcanics’ and overlain by Neogene to Quaternary sediment. Possible Cretaceous – Palaeogene aged sub-volcanic strata evident on albeit poorly imaged seismic are predicted to lie atop pre-Cambrian basement, based on evidence from nearby outcrops such as the ‘Lupur Series’ in Northern Lake Turkana, or with the Muruanachok Sandstone that outcrops to the south-southwest. Similar units found in Sudanese rifts and the Anza Basin are prolific reservoirs for hydrocarbons, substantiating implications for prospectivity of the Lotikipi basin. The basin is interpreted to comprise two sub-basins separated by NS oriented rift structure.

FTG & Magnetic data were acquired for CEPSA in 2013 to map the structure of the basin in more detail and to image basement beneath the volcanics. Individual displays of the FTG component data, Txz and Tyz, detect and map key contact information defining the principal fault trends. Txx and Tyy when combined produce the Tzz and together with Txy easily locate clear depiction of basinal elements and presence of linear ridge like structures. The Magnetic data locate the presence of volcanics and when interpreted with the FTG facilitate construction of a geological elements map for the basinal area.

This paper describes a geological interpretation from the Ternary Imaging of the FTG data and, when integrated with the magnetic and available seismic, fast-tracks a decision-making process for further work in the basin.